Life Before Dinosaurs: The Permian Monsters | Kids Out and About Research Triangle

Life Before Dinosaurs: The Permian Monsters 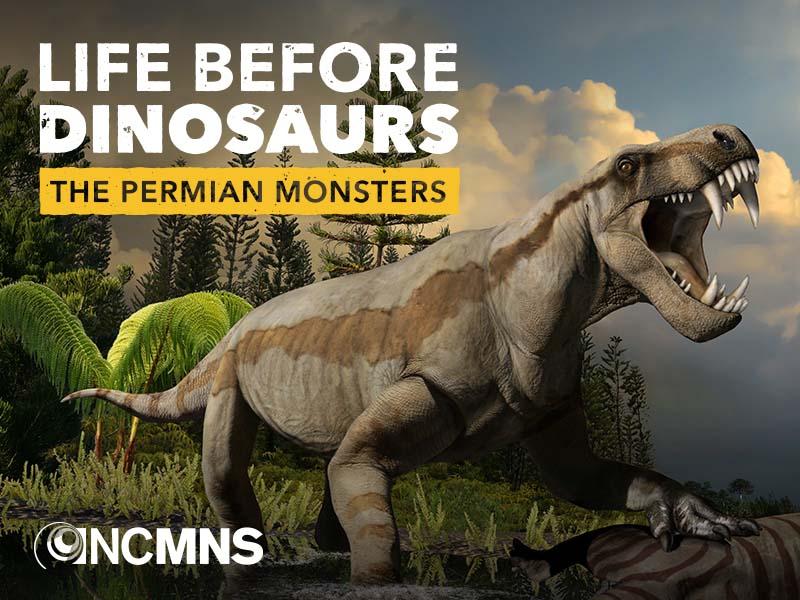 Step back in time 290 million years to the age before the dinosaurs. Explore vivid artwork, mounted skeletons, and life-sized models of a giant saber-toothed predator, saw-toothed shark, and many other bizarre creatures that dominated life on land and sea before the most devastating mass extinction the world has ever known. Here at NCMNS, we have a real-life monster hunter on staff! Our Research Curator of Paleontology, Dr. Christian Kammerer, has traveled the globe in search of Permian fossils, uncovering several rare specimens along the way. Prominent finds include an unusual-looking carnivore whose face was covered in bony knobs, a tiny insect-eater that could fit in the palm of your hand, and a “bulbous” herbivore that may or may not be named after a famous Pokémon. Offered in English and Spanish.
Click here for more information about this activity
Please help us keep this calendar up to date! If this activity is sold out, canceled, or otherwise needs alteration, email mindy@kidsoutandabout.com so we can update it immediately.

*Times, dates, and prices of any activity posted to our calendars are subject to change. Please be sure to click through directly to the organization’s website to verify.

All Ages Adults & kids together Adults without kids